Proud to provide rental and tour services Ukraine since 1992

"Odessa has always shown more colour, spunk, and irreverence than other cities of Ukraine. There's an excitement, verve, an anything-is-possible feeling on its streets." 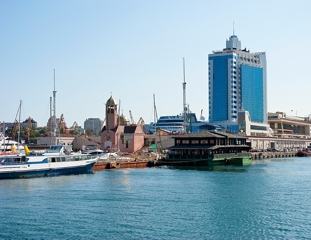 We invite you to the world known town of Ukraine - Odessa - Ukraine's southern window to Europe. With our guides you will explore the very heart of Odessa, walk it's shadowy stone paved streets with beautiful newly restored buildings and monuments, which had been raised in the last centuries, each having own story, rumors and legends. Maritime Boulevard offers breathtaking view of the busy Seaport, famous Potemkin Stairs and Old Odessa will be presented as they were in the old Porto Franco times. There will be discovered one of the most gorgeous Opera Houses in Europe; it takes the second place after Vienna Opera from architecture standpoint. We recommend you to stay for the performance, especially if it is a Ballet, though probably actors will not impress you as much as interior of the renovated Odessa Opera theatre.

Odessa Potemkin stairsYou will feel the very special spirit of Odessa that has survived even through Soviet years. Suntanned people leisurely having beer on terraces of numerous cafes, huge platens and acacias, salty sea breeze filling the air, statues of Greek heroes joining the party and lots of prettiest girls around.

And what could be more interesting than walking along Deribasovskaya Street?! What lends Deribasovskaya its unique character is magnificent architecture, tons of people leisurely sitting on terraces of numerous cafes and restaurants, perfect cobblestones, no vehicle traffic and big shady linden trees. This special character has survived even through the Soviet times when conforming Soviet canons was highly recommended. Deribasovskaya leads to the Odessa City Gardens with its fountain, old summerhouse and sculpture of lion and lioness.

The tram, which looks exactly like first trams that have appeared in Odessa in the beginning of this century, will bring you to the most peculiar resort part of Odessa - Bolshoy Fountain. Riding this obsolete but recently produced vehicle, you will hear the rich history of this part of the city, overview crowded beaches and the Black Sea washing the high cliffs.

When it is hot and sunny (There are more than 290 sunny days in the year!) there is nothing better than Black sea sailing on a yacht or a boat along Odessa coast. Humid salty breeze, whispering waves and picturesque Odessa sea view: the Sea Port, Yacht Club, Lanzheron, Otrada, Arcadia Beaches full of wall-to-wall people. 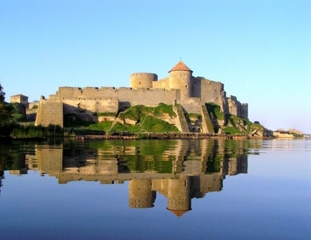 Odessa Belgorod-Dniestrovsky day tourOne day of your stay in Odessa we recommend you to spend for visiting one of the most ancient towns in the world - Belgorod-Dniestrovsky, which had been founded by Greeks as Tira settlement in 5-7 c Bc. Tira has survived through the whole eras, being the part of Rome Empire, Kiev Russ, Osmania, Romania, Moldova, USSR and Ukraine. The most remarkable monument, which has remained from the eventful past, is the Fortress, which had been established on the rocky bank of Dniester Liman in 15th century. You will hear the detailed story of this workmanship, walk old streets in the Fortress and enjoy the miraculous sight.

Odessa is a great place where anyone can find something new every day and for those who want to know more - we arrange individual or group excursions leaving unforgettable memories about Odessa for the whole life. Please, take a look at our most popular Odessa private tours and contact us with any special orders you have in mind! Our English and French-speaking guides can take you to any place around Odessa & region!

Visit Odessa and other cities of Ukraine with UkraineTour!